Ok so sorry for slow blog posts, but here is another project in the works….

Picked up a 1972 CB350 from the kid that works for me. He couldn’t fund the final project so i took it off his hands (well, he is getting paid to work on it i guess)

He had already cut the frame up and had it powdercoated. So i left that part alone. But the rattle can tank had to go.. and i just wasn’t diggin the all flat black scheme… 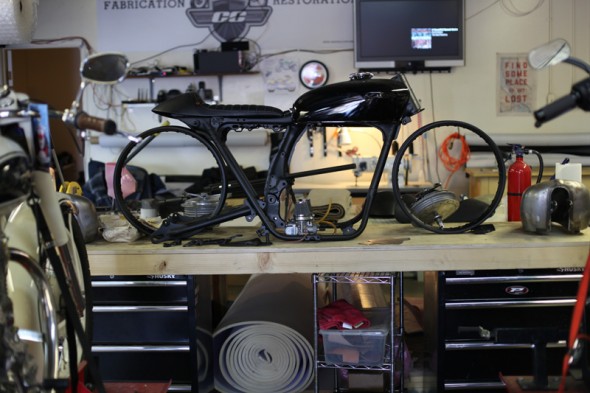 Decided to re-blast the wheels and tank and go with a transparent copper powdercoat.
This means you see all the prep marks in the metal. So it definetly adds some extra time to the process, but it also adds a ton of style. 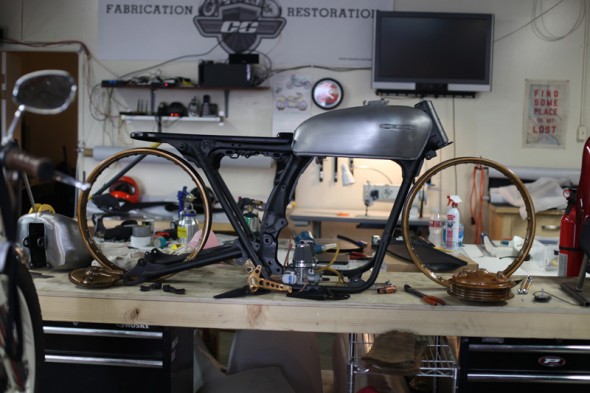 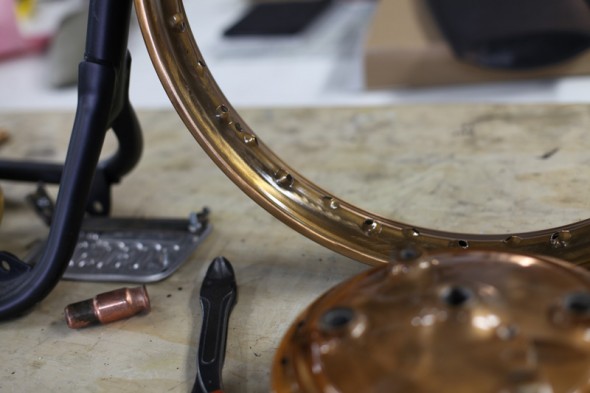 Engine was rebuilt by a local engine builder prior to me getting it, so we soda blasted the entire thing (it was all flat black and peeling)
Polished all the aluminum parts and added new hardware and a new set of VM30’s. 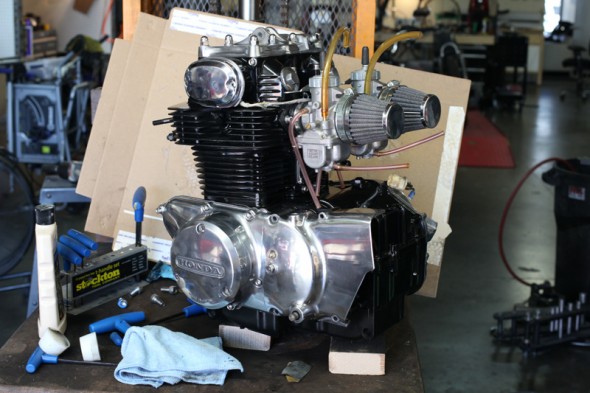 Back in the bike finally.. 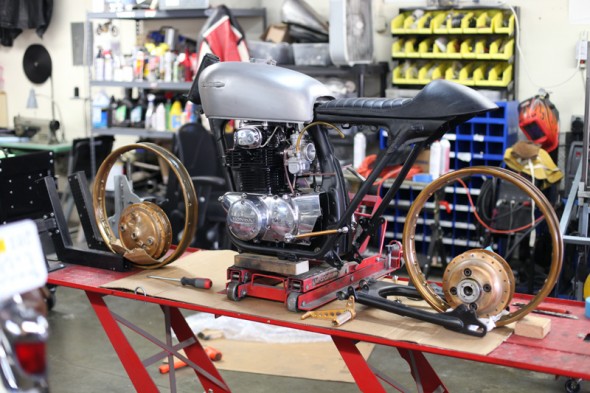 Built a battery/electrical box under the seat. This will hold a lithium battery, the regulator, the ignition and wiring. 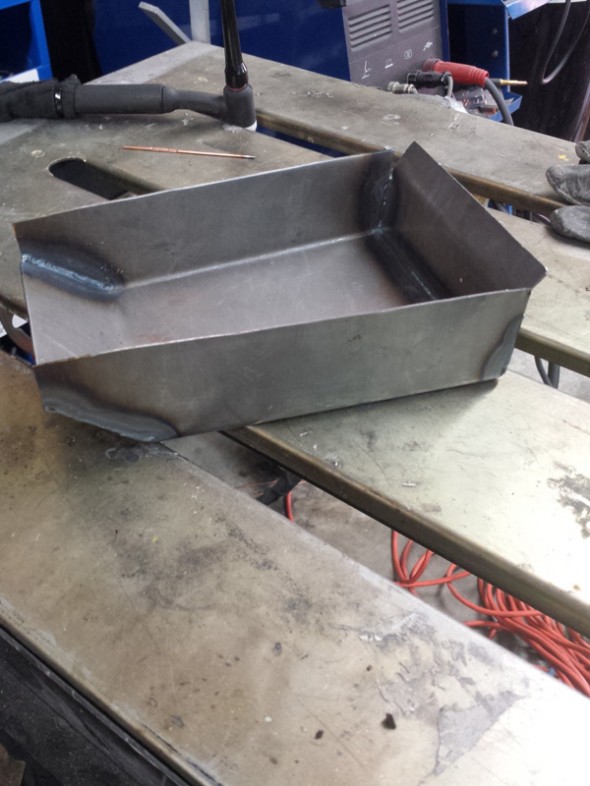 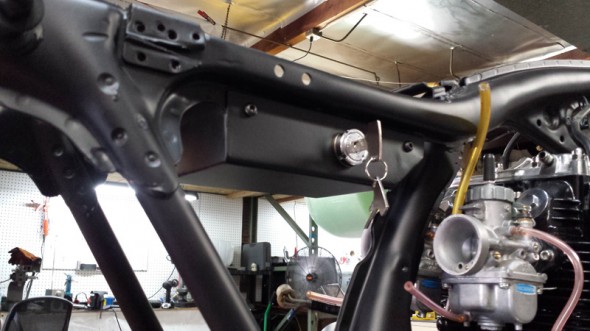 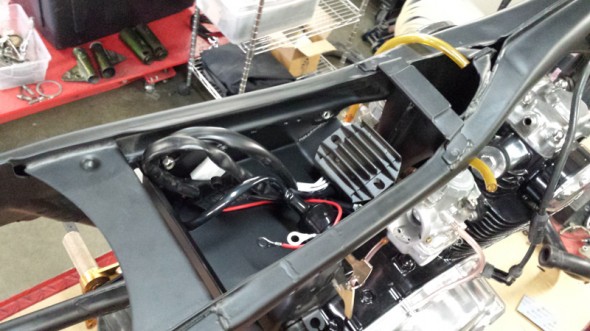 Good to have friends at Works Performance! They hooked us up with some killer shocks! And also gave me raw springs that i could powdercoat my own color for the project.
so they went copper and flat black. 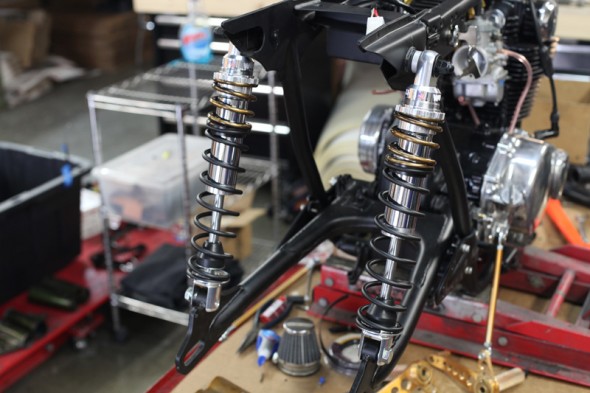 Also decided to convert the standard front end to Manx external front springs (also from works performance)
These got powdercoated the same to match the rear shocks. 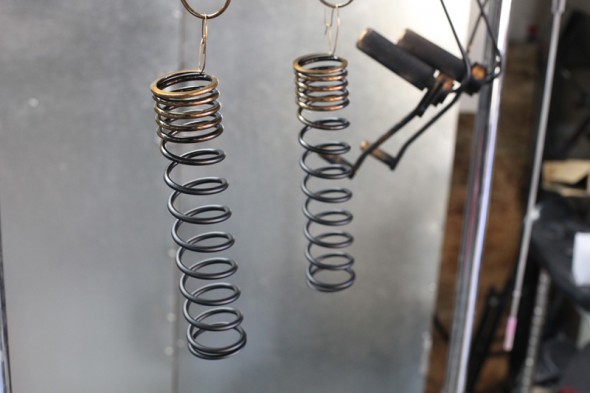 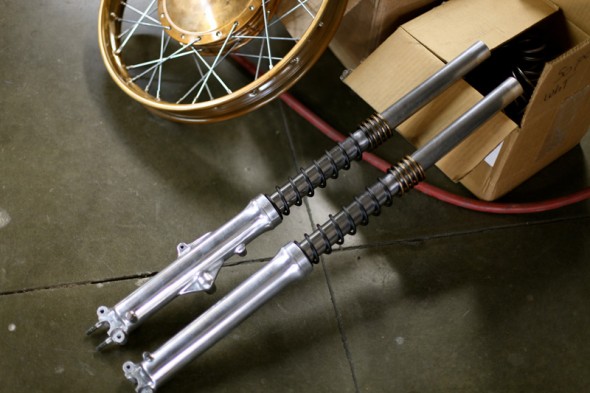 Tank got some love too! Had some CC emblems cut and then bend and welded them to the tank. The entire tank was then powdercoated (after lots of sanding and scuffing) 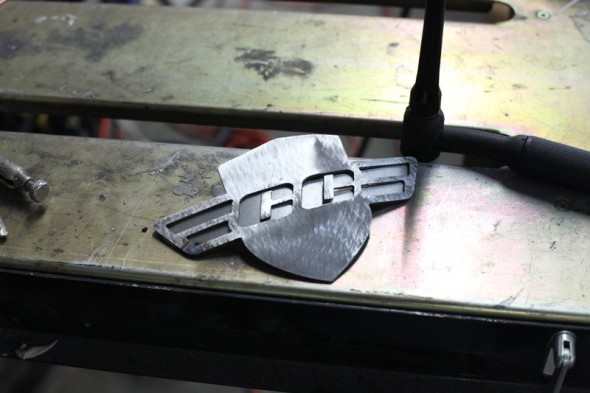 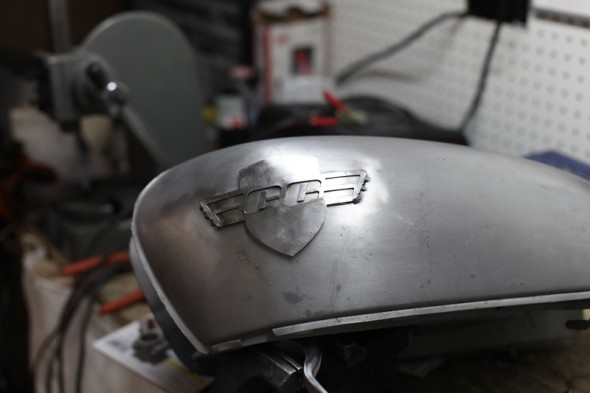 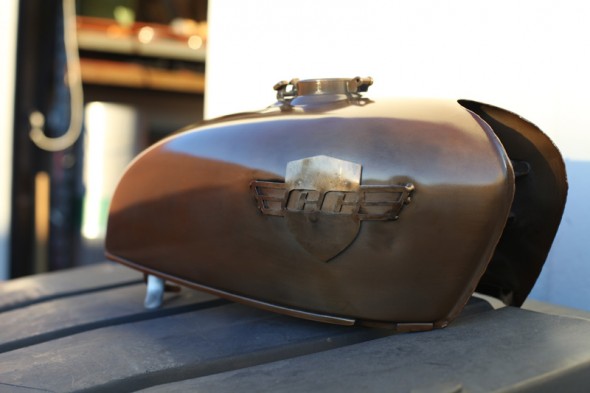 Added some airbrushed shadows to the tank for some depth. Next up will be a final coat of clear. 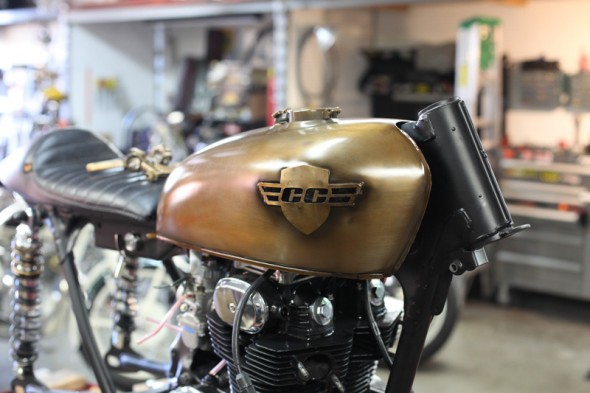 Had to do something about a brake and running light… this was sitting on the shelf, so we made it match the rest of the bike.
Another friend of ours made us a plate/light mount on his CNC plasma cutter. 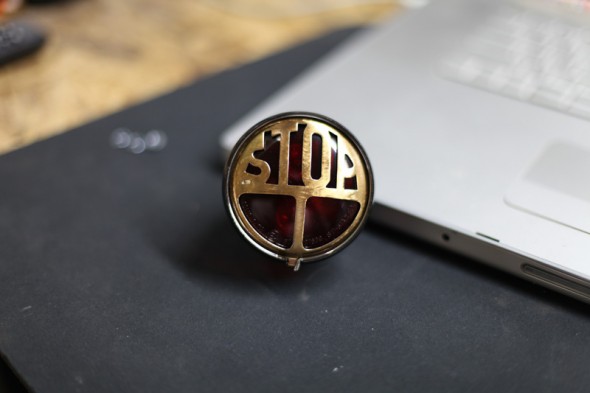 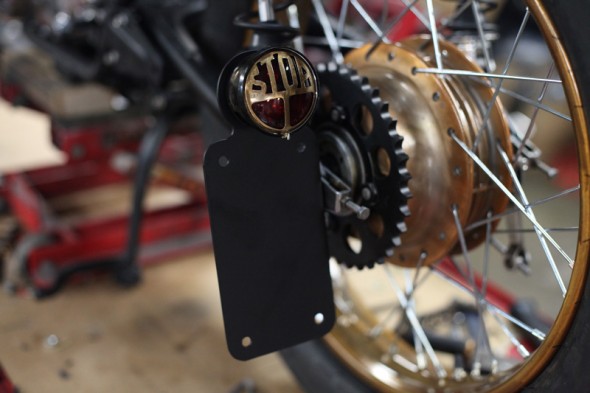 Anyway here it sits as of today. And hopefully will be finished and riding within a week or so.
more to come… 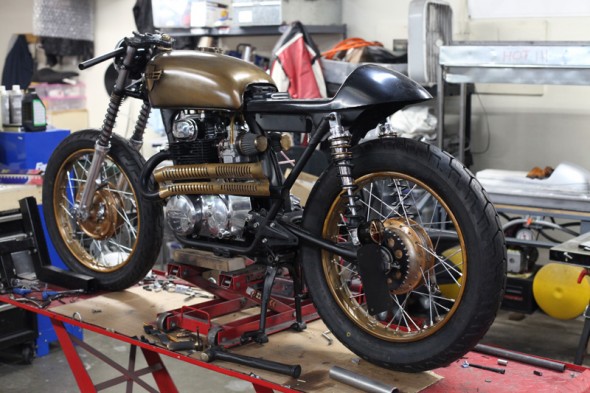 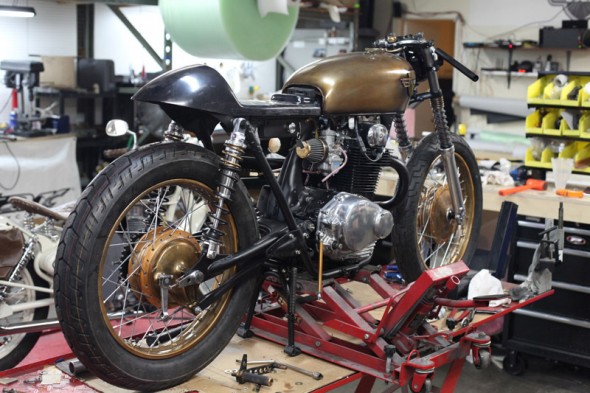